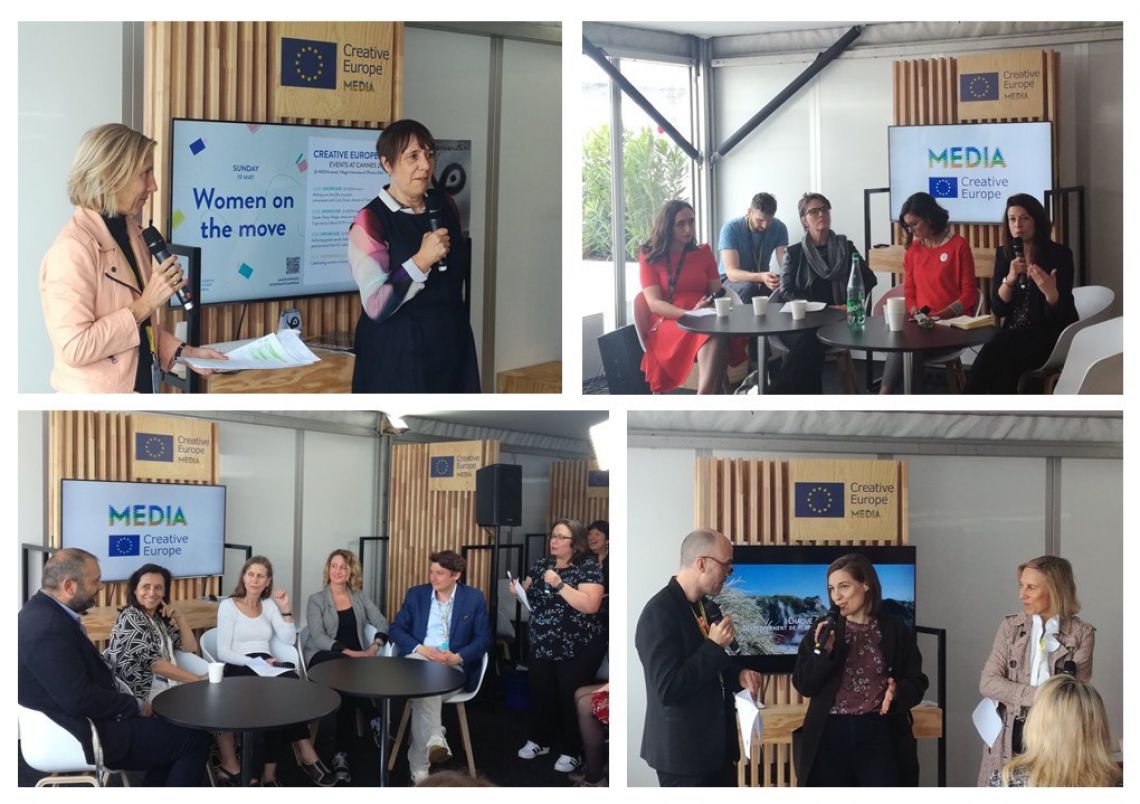 On the occasion of the 72nd Cannes Film Festival, the European Commission launched the first edition of the “Women on the Move” day. European institutions, private and public organisations and stakeholders from the audiovisual and film industries came together in order to discuss the issue of gender balance, which is one of the core values of the European Union, while remaining a key societal challenge.

Overall, the first edition of “Women on the move” was a very successful event and it was the occasion to put the spotlight on talented women.

The day kicked off with a conversation with Carla Simon, a young and rewarded Spanish female director. She shared her experience starting as a film director and highlighted that MEDIA support was key for the success of her career, including her most rewarded work ‘Summer 1993’.

In the afternoon, Collectif 50/50 – an organisation bringing together more than 800 key players in the French industry of cinema and creativity committed to solidarity, gender equality and diversity – presented exclusive figures on the representation of women in the film sector, as well as their first assessment of the Gender Parity Pledge signed already by 47 festivals. You can watch the recording of this session here.

The European Commission, represented by Creative Europe MEDIA, presented its new publication featuring an overview of good practices on gender implemented by the audiovisual industry and policy makers in the EU. This brochure, following the leaflet including gender data of MEDIA applicants, is the first tangible result of several exchanges with stakeholders organised to achieve greater gender balance in the sector. It is a first step to design a framework for gender equality and to create the basis of future policy development. It features examples and ideas that can be replicated across Member States.

QCon London is an annual software conference in the heart of London’s Westminster. Located just adjacent to Parliament and Big Ben, QCon London will once again be hosted at the

QCon London is an annual software conference in the heart of London’s Westminster. Located just adjacent to Parliament and Big Ben, QCon London will once again be hosted at the Queen Elizabeth II Conference March 4-8th 2019. Often called “Bleeding Edge for the Enterprise,” QCon London is the software conference for professional software developers and leaders.
QCon London 2018 offers some of the most densely packed content available for senior developers, architects, and software leaders, including:
– 18 full-day tracks covering topics important to software leaders
– 160+ practitioner speakers from places like Google, Facebook, UBS, and Twitter
~11 to 1 attendee to speaker ratio
– No hidden paid sessions/marketing
– Talks, Panels, Ask Me Anything (AMA), and Open Spaces
– Video recording for most sessions included
– Optional workshops and training sessions with industry leaders, following the conference
– Focus on healthy food, including gluten-free & vegan options

10mar(mar 10)8:00 pm11(mar 11)6:00 pmCloud Expo Europe (London, United Kingdom)Technology enabled change is on the boardroom agenda for businesses of all types and sizes

Cloud Expo Europe, the UK’s biggest and best attended technology event, returns on 12-13 March 2019 at ExCeL London. Technology enabled change is on the boardroom agenda for businesses of all types and sizes.

Technology enabled change is on the boardroom agenda for businesses of all types and sizes. Cloud Expo Europe is the UK’s leading event for connecting technologists, business leaders and senior business managers with experts, solutions and services to help accelerate digital transformation plans.

Whether you are cloud-first, scaling up, refining, or just getting started. Cloud Expo Europe is an unrivalled opportunity to meet with leading technology innovators and service providers. Network with your peers. Access a wealth of knowledge and advice including emerging trends, tech deep dives, lessons learned and market forecasts.

If you are part of the tech community, 12-13th March 2019, ExCel London, is guaranteed to give you a solid return on time invested.

Now in its 6th year, The WEARABLE TECHNOLOGY SHOW returns to London, ExCel on the 12th & 13th March 2019. WTS2019 is the largest business and prosumer show featuring cutting

Now in its 6th year, The WEARABLE TECHNOLOGY SHOW returns to London, ExCel on the 12th & 13th March 2019. WTS2019 is the largest business and prosumer show featuring cutting edge technology under one roof. It is the biggest and best forum for forming partnerships and developing new business across the wearable, smart device and IOT landscape. Over 6,000 delegates, 200 speakers and 300 press will come together to exchange views, network and do business. The show floor will feature cutting edge technology attracting prosumers, distributors and buyers Boasting 6 conference tracks; in conjunction with the AVR360 Show, and Digital Health TechnologyShow, WTS2019 offers an unrivalled breadth and depth of content. WTS2019 showcases technologies across a multitude of fields including – smart home, healthcare, fashion, fitness, performance sports, enterprise, augmented reality and presents visionary speakers working within the industry to discuss the future of wearables, smart technology and IOT. If you want to develop a smart and wearable strategy in your business, network with the supply chain or reach a high-quality audience of early adopters, buyers and distributors then you need to be at WTS2019.

Science and technology impact our daily lives, our societies, our planet. At Hello Tomorrow, we believe they should also serve them. Whether you're founder,

At Hello Tomorrow, we believe they should also serve them. Whether you’re founder, an investor, corporate or academic, step into tomorrow at the Global Summit to a place where organ shortages no longer exist, our clothes are biofabricated and travelling thousands of miles across the planet takes just a few hours.
Expand your perception of tomorrow through a program packed with visionary Keynotes and expert panels, and join the conversation with interactive sessions and immersive workshops to build your vision of the future with the deeptech community.

Hello Tomorrow is a non-profit organisation bringing together a community of actors aiming to unlock the potential of deep technologies to solve the world’s toughest challenges. We source deeptech projects and startups and facilitate collaboration between entrepreneurs, industries and investors in order to propel innovation from the lab to the market. Hello Tomorrow organises startup competitions, mentorship programs and a series of events around the world, as well as educating and consulting relevant stakeholders on emergence of deep technologies. Hello Tomorrow is fast becoming a key reference platform in deeptech innovation and entrepreneurship.

Wolves Summit is more than just a conference. Thanks to 1:1 meetings that are scheduled before the event, our participants have the possibility to grow their businesses effectively, by making

Wolves Summit is more than just a conference. Thanks to 1:1 meetings that are scheduled before the event, our participants have the possibility to grow their businesses effectively, by making relevant business connections. It is a place where innovation meets business and capital. We focus on new technologies that change the world.

It’s the 9th edition of the event, full of inspiration, education and and networking. Thanks to the provided app, participants from the previous editions could arrange 21967 1:1 meetings before the conference began.

Wolves Summit is more than just another business conference. We focus on new technologies that change the world, addressing the challenges of today and tomorrow. Wanting to provide the highest relevance and value of the event, we have enabled the selected startups to join for free. That is how we make sure that the ones participating are the global top tech startups that introduce diverse solutions and represent different sectors and stages. It’s a unique place where the most important global innovations emerge. Contact us and check how we can help you.

PALACE OF CULTURE AND SCIENCE

24mar(mar 24)8:24 pm26(mar 26)8:24 pmLEAP Summit (Zagreb, Croatia)EAP Summit brings people from all over the world at one place to learn and network together

LEAP is a global movement which influences more than 100.000 people world-wide. It consists of LEAP Summit global conference, LEAPin conferences, LEAP Community and LEAP Program for Future Leaders and

LEAP Summit is a 3 day conference, which gathers more than 2,000 changemakers from more than 30 countries who are leaders in their respective communities. The main focus of the conference is on themes connected to innovation, IT and modern technologies, entrepreneurship, career development and life-changing stories. LEAP Summit brings people from all over the world at one place to learn together in order to solve most pressing challenges of our time.

Future Tech 2019 is the technology conference for developers, architects and experts to discuss and dive deep into .NET technologies such as .NET Core, ASP.NET Core, Azure and more. Our visitors

Future Tech 2019 is the technology conference for developers, architects and experts to discuss and dive deep into .NET technologies such as .NET Core, ASP.NET Core, Azure and more.

Our visitors will encounter tested and new possibilities of improving and speeding up development, implementation and management on a big scale for applications.

The main goal of Future Tech is to share all available knowledge, ideas and know-how concerning the newest (Microsoft) technologies and innovations with a focus on Artificial Intelligence, Mixed Reality, Blockchain, Internet of Things, Security and Future Teams.

We hope to update you as soon as possible with more information about the event.

As data is generated at ever more exponential rates, and globally moves us towards the age of Yottabyte, so compute processing power disperses across enterprise, and cloud resources shift closer

As data is generated at ever more exponential rates, and globally moves us towards the age of Yottabyte, so compute processing power disperses across enterprise, and cloud resources shift closer to the user. Massive amounts of data draw compute in, away from the core, which is the Edge. This trend for a more distributed architecture will multiply and expand as the convergence of new technologies and developments such as IoT, 5G, AI, autonomous cars and smart cities, connected things, microdatacenters and Edge facilities, enable new ways of analysing and managing data as well as increasing latency which existing infrastructure would not be able to manage.

With strong market drivers, the shift to Edge represents the most profound change that will impact possibly for decades to come. Early deployment particularly evident in North America is expected to deploy in Europe and Asia, and achieve significant growth over the next 5 years globally with industry predictions of connections billions of installed devices and embedded sensors.
About Us

BroadGroup is an Information Media Technology and Professional Services company providing a value chain of consulting and research, publications, and preeminent conference brands including the annual Datacloud Global Congress focused on datacentre, cloud, Edge and IT infrastructure and investment, the owner of leading digital and printed news resource Data Economy and a member company of FTSE 250 firm Euromoney Institutional Investor PLC whose leading brands include Capacity, Metro Connect, Subsea Connect and the annual ITW held in Atlanta from 2019. In the US, Euromoney owns TTI Vanguard and IMN events businesses. 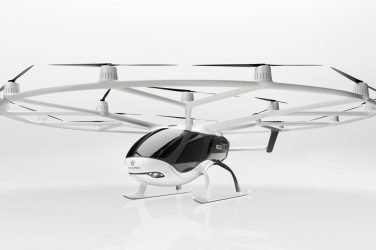 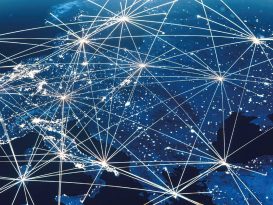 Commission presents strategies for data and ...

Pilot project in Italy to create ... 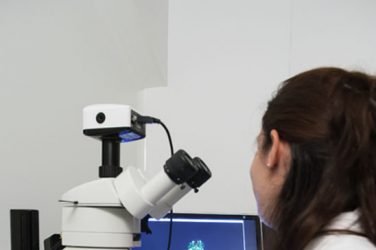 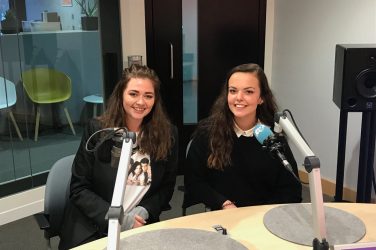 Food4All: Change The Way You Eat

According to the Food and Agriculture Organization of the UN, roughly one third of ... 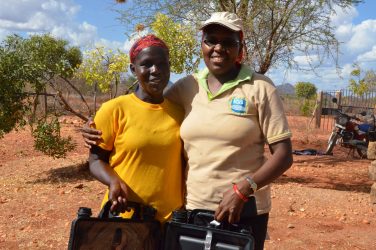