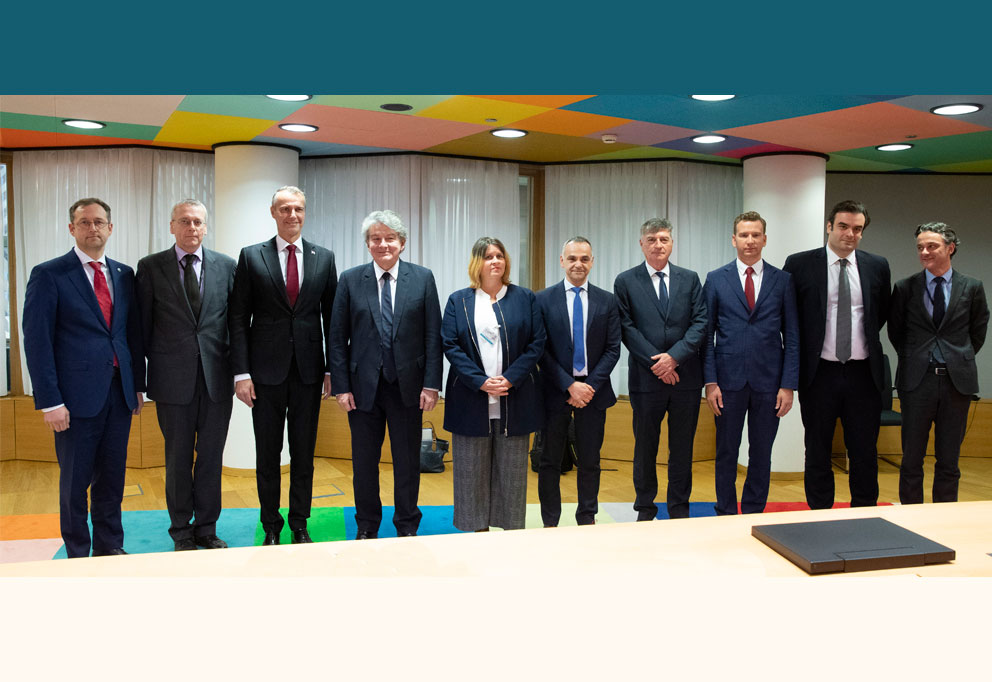 Croatia, Cyprus, Greece, France, Lithuania, Slovakia, Slovenia, Sweden and Finland have agreed to work with ten other EU countries towards the development of a quantum communication infrastructure (QCI) across Europe.

They have signed the declaration of cooperation launched in June 2019. Its signatories will explore together, with the European Commission and with the support of the European Space Agency, the development and deployment within the next ten years of a European QCI. It would ultimately link sensitive public and private communication assets all over the EU, using quantum technologies to ensure the secure transmission and storage of important information. This is especially important as developments in quantum computing itself will eventually make it possible to access data encrypted using current technologies – however, the QCI would be able to shield national and cross-border critical information infrastructure against eavesdropping. It would secure sensitive governmental communications, financial transactions and the long-term storage of sensitive data in areas like health, national security and defence.  Other major regions of the world are investing in similar infrastructure.

Europe’s quantum industry has also expressed its strong support for a QCI for Europe in a recent white paper so far signed by representatives of 24 major European companies that manufacture quantum technology products and systems. They stress its potential benefits for Europe’s security and freedom from any attempts to access sensitive government or personal data unlawfully, and for its technological and economic growth.

The QCI would be made up of two elements: one based on earth, making use of existing fibre communication networks linking strategic sites throughout the EU, and the other based in space, to enable coverage of long distances across the EU and other continents.

The declaration that several countries have just signed, following the initial signature in June, reflects the great importance that Member States are giving to the development of a European quantum communication infrastructure. This project is critical to the EU’s technological sovereignty and to prepare the next generation of communications security with quantum-safe encryption, building on quantum entanglement properties. Cooperation at European level will be paramount for the EU to thrive as a global competitor in quantum technologies.

The plan is for the signatory countries to complete their preliminary work by the end of 2020. OPENQKD, a pilot project funded by the Commission and set to run for three years, is already underway. Its goal is to develop an experimental testbed using Quantum Key Distribution (QKD), an extremely secure form of encryption that has the potential to keep telecommunications, health care, electricity supplies and government services safe from cyber-attacks. Once the QCI is operational in Europe, QKD would be the first service to make use of it.

The space-based component of the QCI would be developed in cooperation with the European Space Agency (ESA) and consist of satellite quantum communication systems with terrestrial reach. On November 28 2019, the ESA’s member countries committed to supporting its ‘Space Systems for Safety and Security’ programme, which includes the QCI’s space-based component.

Croatia has recognized quantum technologies as a key factor in its development and competitiveness in research and innovation systems in the next decade. Our research institutions have a huge potential for contribution in both theoretical and applied aspects and by creating new technologies, and are already participating in several initiatives together with other EU Member States. Croatia has built a solid foundation, necessary infrastructure including optical fibres, and a strategic plan for the development of hi-tech firms and technological development in this specific field.

As our societies and economies become more digitized, the security of digital transactions over short and long distances covering both the EU and other continents becomes top priority. The quantum communications initiative will provide a strategic infrastructure for Europe that will spearhead our joint efforts to stay ahead, in linking sensitive communication assets and in using quantum technologies to ensure the secure transmission and storage of important information.  Cyprus welcomes and joins such initiatives that benefit all Member States.

With other Member states, France is proud to join and sign the QCI declaration which should upraise Europe’s scientific and technological capabilities in quantum technologies and industrial competitiveness and its strategic autonomy. We believe that QCI initiative should pave the way to develop and deploy in the Union, within the next 10 years, a quantum communication infrastructure (QCI) composed of space-based and terrestrial-based solutions, enabling disruptive uses such as quantum based secure data transmission and storage, long distance interferometry, atomic clocks distribution and distributed quantum computing.  It should also contribute to our strategic autonomy through the development of sovereign European technologies.

The processes we use to encrypt, secure, and use digital communication systems are vulnerable to exploits and threats by malevolent actors behind increasingly powerful quantum computers. Therefore, Greece decided to join the European Commission and other member states and contribute to the EuroQCI programme. When security is at stake, it is incumbent upon us to further engage and collaborate as a single European community and that is precisely the EU’s strategic advantage. We believe that this program helps further shape an industrial comparative advantage at the European level.

We are joining other Member States with a strong belief that new quantum technologies are already  shaping our digital future. All together, we are better prepared to explore how these technologies could make our communication infrastructure more secure and data storage and the exchange of information safer. There is also no better time than now to contribute to the development of the quantum internet and we definitely want to be part of the making of the digital future.

Quantum technology will most likely be the next most important general purpose technology after AI. The EuroQCI is another major leap forward in this direction. The efforts to be done in this domain exceed individual investment and research capabilities of Member States and therefore we have to join our efforts and work together.

Europe must remain a global superpower in terms of investing in quantum technology. But we want the new technology to be safe and to serve the human being. The declaration is a step forward towards meeting these goals. We need joint cooperation between countries to explore the possibilities of introducing secure quantum communication in space and on earth.

This is an important initiative to secure key functions in society against future cyber threats. Different types of cyber-attacks are increasing today, and we need more knowledge about quantum computers, how we can develop this new technology and apply it in society. As Minister for both research and space, I see that this is an area where cooperation within the EU can provide clear added value. 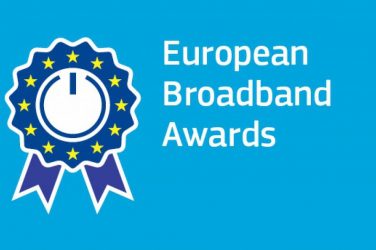 Who are the nominees for the 2019 European Broadband Awards? Which are the initiatives ... 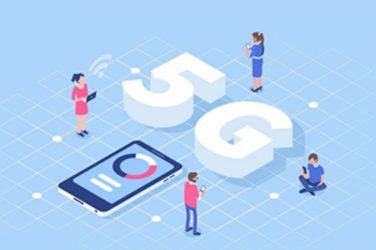 Following the Commission Recommendation for a common European approach to the security of 5G ... 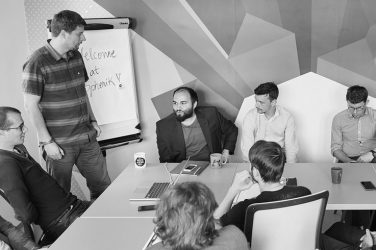