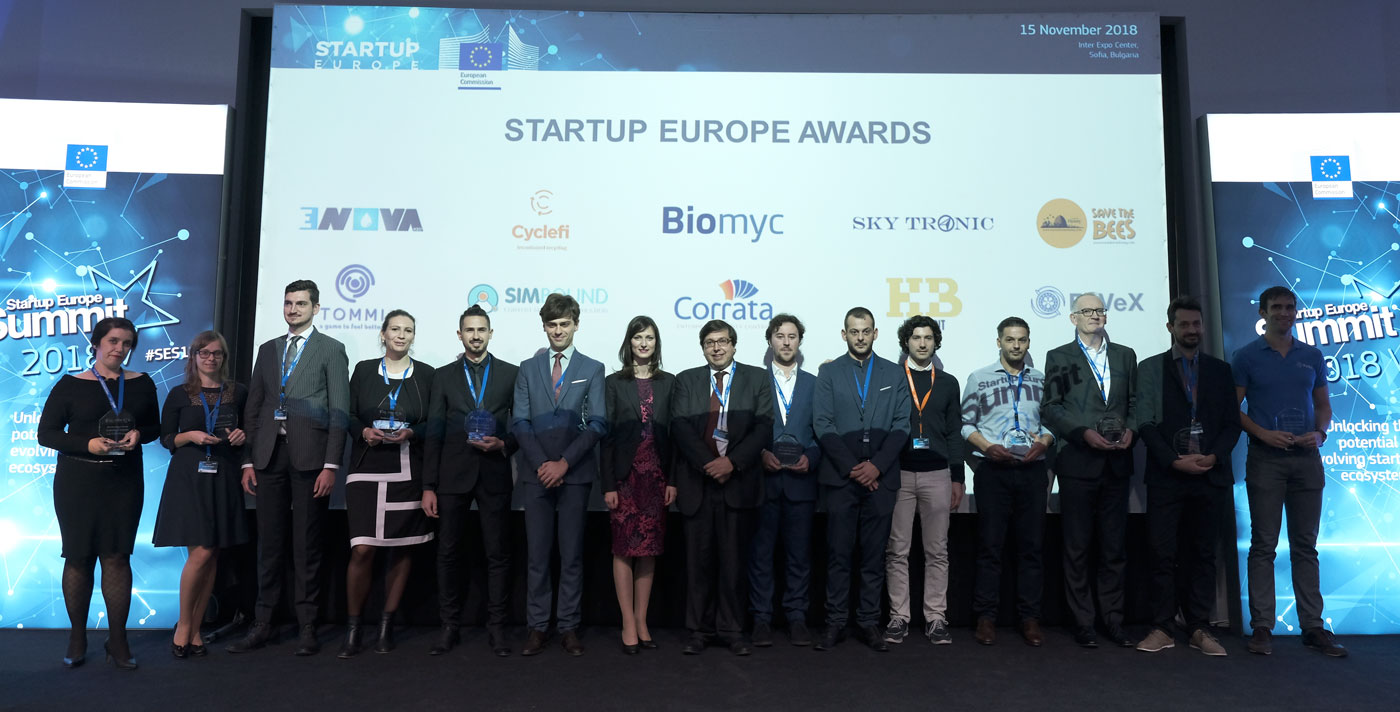 Sofia, 16th of November 2018. One more year, the so-called “Eurovision for startups” recognizes the best startups in Europe in 18 categories, this time in an event chaired by the European Commissioner for the Digital Economy and Society, Mariya Gabriel, who showed the commitment of the European Commission supporting startups. “The startups are motors for innovation, dynamism, growth, jobs and technological advances. Supporting them is in interest of our economies and our citizens who benefit from their stimulating energy” she stated.

The final ceremony of the StartUp Europe Awards initiative, promoted by the European Commission and the Finnova Foundation in collaboration with Startup Europe, took place in Sofia, Bulgaria, within the framework of the Startup Europe Summit. The Summit gathered more than 500 leaders from the European entrepreneurial ecosystem ranging from investors, CEOs, accelerators to European authorities and technological journalists.

StartUp Europe Awards proposes a methodology of open innovation through the public – private partnership, “that works for the public entities to find a solution for its local challenges and for the startups to try its innovations in pilots supported with European funding”, declared Juanma Revuelta, director of StartUp Europe Accelerator by Finnova Foundation.

Eighteen startups that, thanks to this recognition, continue the path towards success and business stability, taking as a reference other companies which are, nowadays, positioned as some of the most important in their sectors. Regarding this, Commissioner Gabriel pointed out “few years ago when young companies like yours were receiving such awards. We know them today very well: Prezi, Soundcloud or Klarna. This time you will be on the spotlight, this time you are the ones that get the applause”.

In her speech, the Commissioner also congratulated all the European winners and encouraged them to continue working hardly as they have been doing until now. “Europe wants to have more emerging companies like yours (…) You showcased that success can come from anywhere in Europe. And you showcased that in order to succeed you must be bold and brave”, she said.

The Bulgarian Prime Minister, Boyko Borissov, also wanted to refer to the responsibility of companies towards society, proposing innovative solutions that serve not only to improve socially, but also to inspire other startups: “I would like to see companies proposing solutions to transform our society and make our lives easier”, he stated.

For the Mayor of Sofia Yordanka Fandakova “innovative young people are biggest potential we have in town”.

Xunta de Galicia (Xesgalicia) in the Region category, awarding the work of these administrations within the local and regional landscape to boost the work of startups.

For Piroska Szalai, Chair of Board, BEA, “receiving this recognition is a great honour for Budapest and for the Budapest Enterprise Agency (BEA) since BEA is the only organization of Budapest founded for the development and promotion of startups and SMEs. We help startups and SMEs national and international expansion, collect best practices, search and mentor outstanding startups and ensure them possibilities to show themselves in the most important innovative events of the world. This award is a recognition from the European Commity for our multiannual work –

“This award is very timely and helps us to better communicate the ecosystem we have created in Galicia to help startups and scaleups. An ecosystem that allows the growth of the startups, thanks to very different and complementary programs. It is an opportunity to visualize all this work, so that the startups consider Galicia as a strategic place in which to develop their proposals”, stated Fernando Guldrís, CEO of Xesgalicia by Xunta de Galicia.

The other special recognitions went to Justyna Gudaszewskas, Sky Tronic co-founder, as Best Female Entrepreneur and for the Colombian startup Interacpedia, recognised as Best LATAM startup within the StartUp Europe Awards.

All the winners of StartUp Europe Awards will obtain great visibility all around Europe thanks to the Media Partner Alliance of StartUp Europe Awards formed by 25 media members from several countries in Europe (Spain, France, Belgium, Latvia, Luxembourg, Italy, Slovenia, Croatia, Cyprus, Ireland, Sweden, Norway and Denmark). The startups will also have access to a programme of mentoring (in internationalization, European funds like SMEs Instrument of 50.000 € to 2,5 million € of non-refundable subsidy, international communication, etc.), through the StartUp Europe Accelerator by the Finnova Foundation, which will allow them to boost their projects and increase their viability worldwide.

StartUp Europe Accelerator is the unique accelerator specialized in European opportunities funding, which helps the entrepreneurs internationalize their business through European projects.

SEUA serves as a communication tool for society, encouraging collaboration between the public and business sectors and promoting innovative initiatives, as well the creation of alliances enabling in every region concerned to gather entities and the support programmes for entrepreneurs with local and international partners.

“From the Commission, we want that entrepreneurship generating growth and employment not to be only present in a few cities or regions. Thus, more people can benefit from the impact and can have inspiration by other role models” assures Isidro Laso, Head of Startups and Scaleups Sector (Startup Europe), DG CNECT.

20 members of the European Parliament have come together in the StartUp Europe Awards as ambassadors, supporting the local events with their presence and following closely the progress of the startups. More than 20 local events and 16 national awards have been celebrated under StartUp Europe Awards´ frame in 2017, with 134 startups winners. 25 media partners of the whole Europe, as The Independent in Ireland or Emprende TVE in Spain, they have helped to give visibility to this initiative.

[1] This designation is without prejudice to positions on status, and is in line with UNSCR 1244/1999 and the ICJ Opinion on the Kosovo declaration of independence.

Zizoo Rocks the Boat Industry After Closing €6.5m Series A Round 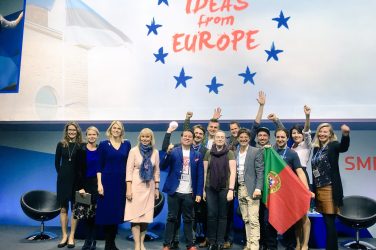 Nine, plus one, Ideas from Europe finalists 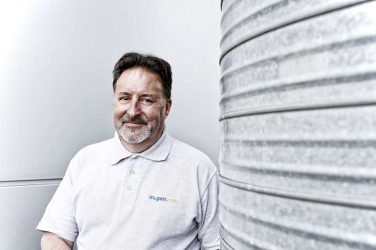 What if your late grandparents could still speak to you today and remind you ... 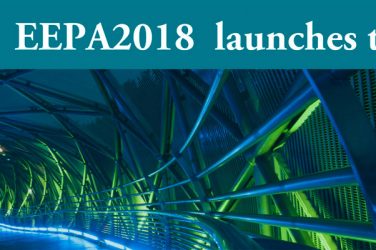