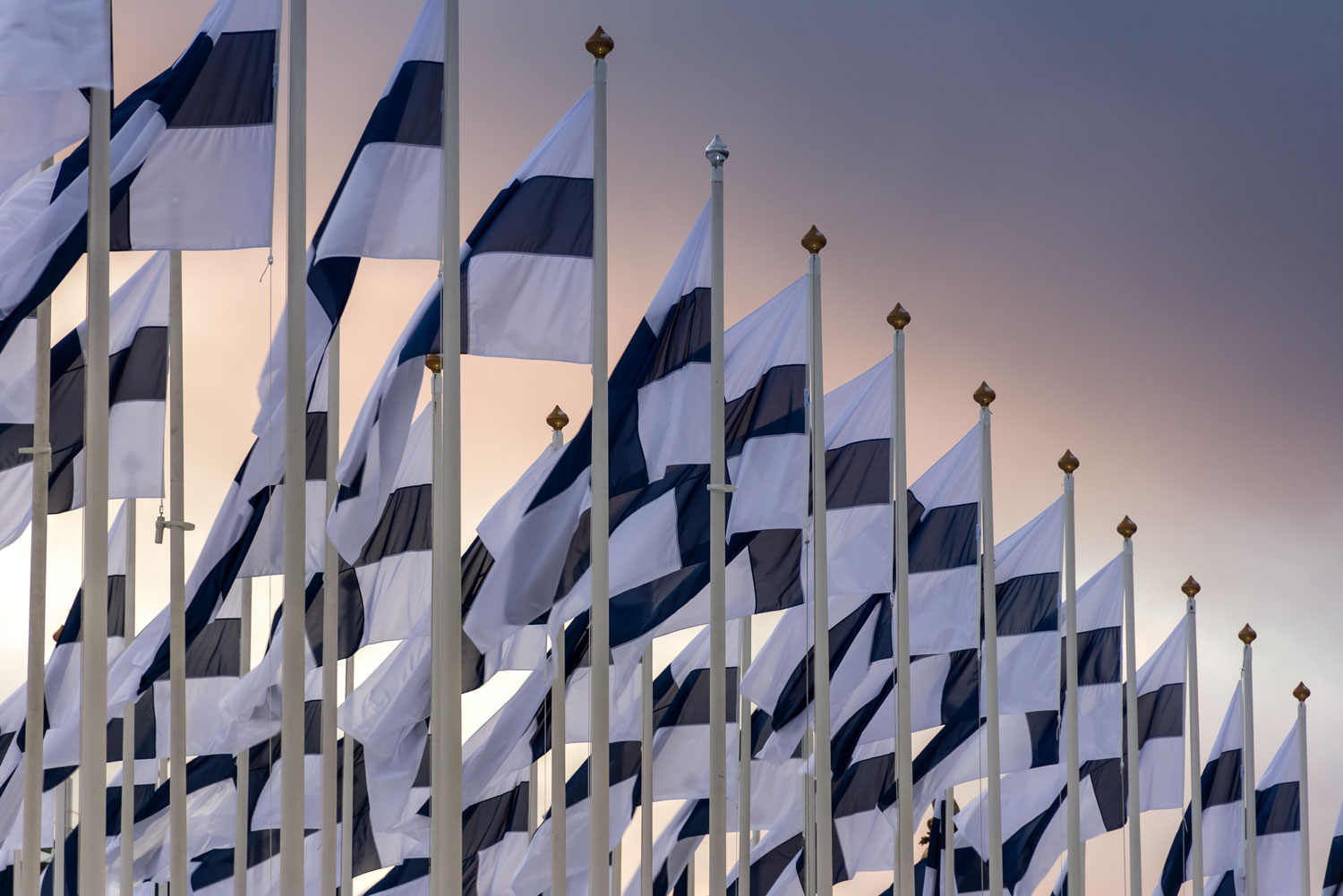 Finland is a key scaleup ecosystem for Europe, but still shows an unexploited potential, according to the last “Tech Scaleup Finland” Report presented today by Mind the Bridge and Startup Europe Partnership with the support of Business Finland.

219 scaleups have been in fact identified in Finland (equivalent to about 4% of the total amount tracked in Europe), totally raising $1.9B in funding since inception (2.3% of the total capital raised by European scaleups to date).

In addition, Finland ranks 9th in the Scaleup Country Index 2017*, between The Netherlands and Denmark, with only Sweden, among the five Nordic countries, outperforming it both in capital raised and scaleup population. In these terms, the gap with larger ecosystems such as the UK, Germany or France is likely far too wide to be bridged: UK scaleups raised, alone, 15 times more capital, the German about 8 times more, the French 5 times more.

“Though absolute numbers suggest that Finland is really far from UK, Germany, France, and Sweden, the conversation changes in relative terms – commented Alberto Onetti, Mind the Bridge Chairman and Startup Europe Partnership Coordinator – Starting this year we introduced two indicators to better understand the efficiency of a scaleup economy as it relates to the size of the country in question. Finland outperforms the rest of the continent for what we labeled the ‘Scaleup Density Ratio’ by producing an average of 4 scaleups per 100,000 people, compared to 2.5 in UK, 0.6 in Germany and 1.0 in France. And it scores well also against the ‘Scaleup Investing Ratio’, with 0.75% of GDP dedicated to scaleup innovation, 1.7x more than the European average, doubling the European powerhouses Germany (0.40%) and France (0.34%), being substantially aligned with the Nordics average of 0.82%.”

“The startup ecosystem is already now effective and flourishing in Finland. One can see an upward trend in the share of foreign VC investments and the growth in exit valuation levels.There is always room to improve. We are constantly building the Finnish startup community to the next level together startups, accelerators and investors. High-growth, scaleup companies create jobs and exports and thus are crucial for our national economy.” commented Marjo Ilmari, Executive Director, Startup & Fast Growth Business Finland.

Growth – Scaleup Population and Capital
The Finnish scaleup ecosystem increased its size in 2017 with 16% growth in scaleup population (+34 new scaleups) and raised $0.3B more capital, with a YoY increase of 17%. These numbers place it behind Sweden in the growth charts (35% increase in population, 30% in capital), but Finland still runs faster than its other Nordic siblings Denmark (13% increase in population, 6% in capital), and Norway (11% growth in population, 15% in capital).
Since 2013 the scaleup population of Finland has been growing a consistent 15-17% without any fluctuation, up to 10 point less behind the European average of 28% for the years 2016-2017. 2018 will be not different with a 18% YoY growth figure. Also on the capital raised side, despite the fact that in 2017 the country had a YoY loss of 20%, the $318M that the scaleups raised was good enough to add another 34 scaleups to the count. A constant growing trend is expected this year.

Capital Raised: 96% comes from VC, a few IPOs, no ICOs.
When it comes to capital raised, 96% comes from Venture Capital, while only 4% (about $0.1B) comes from the IPO channel. In 2017, 2 more companies joined the IPO club: Next Games and Rovio, not surprisingly reinforcing the impression that Finland remains the “land of gaming”. Both IPOs were around $40M, below the European average ($120M). Surprisingly Finnish scaleups have not jumped on the ICO train yet, as we didn’t track a single company which has launched a crypto offering the previous few years.

Scaleup Migration to the US
There are 33 (15% of total) companies in Finland that moved their headquarters abroad (typically to have access to capital) and we can classify as “Dual Companies”. These 33 raised $552M altogether, amounting to 29% of the total capital raised by Finnish scaleups. They mostly moved to the US (19 of them, 11 to Silicon Valley) and outperform in terms of capital raised, having attracted an average of $16.7M, compared to the $7.3M average of companies that choose a domestic growth path.

Sizes don’t matter
The scaleup scene in Finland is dominated by “small” scaleups: the ones that raised between $1 and $10M, represent in fact the large majority (79%) of the population. Only the 3% raised above $50M (tech giants). However, in Finland size doesn’t seem to be that relevant in the Finnish ecosystem: the Scalers (companies attracting over $100M in financing) account only for the 13% of the total funding, while the “middle class” segment ($20-$50M) attract the most funding among the cohorts. The smaller ones raised 27% of the total.

Geography of fundings
Of all capital poured into Finnish scaleups, one third (34%) comes from Finnish funds, while US funds account for slightly less than one third of investments (27%) and British for a little minority (6%). Investments coming from the rest of the world are relevant as well, accounting for a consistent 10% of capital (coming mostly from Chinese and Singaporean investors).

“Startups ecosystems in Europe start to be connected among themselves. But we need to do still more – added Isidro Laso Ballesteros, Head of Startup Europe European Commission–  Our competitive advantage is to be united in diversity. Advantage that can only be realised by working at ecosystems level to be a Startup Europe: a startup continent.”

To Game or not to Game?
Finnish companies operating in the Gaming industry are only 13% of the population and have attracted almost $400M, 21% of all capital made available to scaleups to date. But if we remove the 2 IPOs by Rovio and Next Games, investments in Gaming are actually slightly declining over that period. YoY growth (2017/2016) is anyway the highest, 3.7x.
Medtech (11% of the population) attracted 8% of the total capital ($142M) with a YoY of 1.5, Cleantech the 10% ($190M) with a YoY of 2.0, while traditional industries such Hardware and Software collected respectively 8% ($153M) and 9% ($161M), covering the 9% of the population each.

Scaleup Helsinki
The capital city of Helsinki hosts 131 scaleups, which raised altogether almost $1.2B. This concentration is 60% of the total population, and contains 63% of the capital raised. If we add Espoo, home of other 33 scaleups, concentration rates go up to 75% and 82%. Outside of the capital, Oulu is the largest scaleup hotspot, followed by Tampere and Turku.

M&A Momentum
The Finnish ecosystem is definitely seeing momentum in M&A activity. With a total of 112 acquisitions of Finnish startups and scaleups since 2010, after a relatively stale M&A activity, each year since 2013, 2017 signed a turning point with 45 M&A transactions, 3.5x compared to 2016. Nevertheless, they are still a domestic business, since the 38% of Finnish startups are acquired by Finnish companies. 28% belongs to US, 16% other countries, 13% to other Nordics and 5% to other countries (mostly Chinese and Japanese companies).

Not surprisingly, the Gaming startups get the third spot in the industry ranking of Finnish startup M&As with 11 deals (the 10% of all), right behind Software Solutions (first at 18 deals, the 16%) and Enterprise Software (14 deals, the 13%). 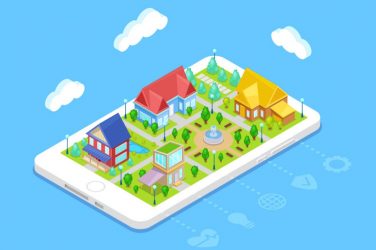 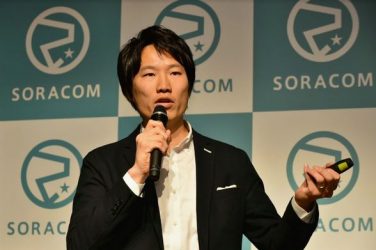 The Japanese IoT powerhose SORACOM announced the launch of its advanced IoT connectivity platform and services ... 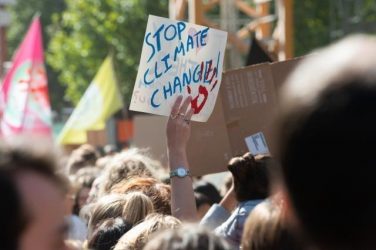 The European Union is committed to becoming the first climate-neutral bloc in the world ...